Was overdue his Star on the Hollywood Walk of Fame

WE LAUNCHED A TRUE BATSIGNAL

To Batfans Everywhere to Fundraise and Right a Wrong! 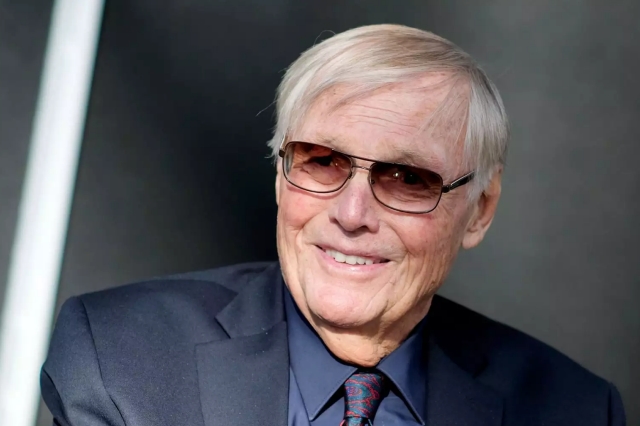 Professionally known as Adam West, was an American actor. He portrayed Batman in the 1960s ABC series of the same name and its 1966 theatrical feature film, reprising the role in other films and television shows until his retirement from live-action appearances. West began acting in films in the 1950s. He played opposite Chuck Connors in Geronimo (1962) and The Three Stooges in The Outlaws Is Coming (1965). He also appeared in the science fiction film Robinson Crusoe on Mars (1964) and performed voice work on The Fairly OddParents (2003–2008), The Simpsons (1992, 2002), and Family Guy (2000–2018), playing fictionalized versions of himself in all three.

Batman is a 1960s American live action television series, based on the DC comic book character of the same name. It stars Adam West as Bruce Wayne / Batman and Burt Ward as Dick Grayson / Robin – two crime-fighting heroes who defend Gotham City from a variety of archvillains. It is known for its camp style, upbeat theme music, and its intentionally humorous, simplistic morality (aimed at its largely teenage audience). This included championing the importance of using seat belts, doing homework, eating vegetables, and drinking milk. It was described by executive producer William Dozier as the only situation comedy on the air without a laugh track. The 120 episodes aired on the ABC network for three seasons from January 12, 1966, to March 14, 1968, twice weekly during the first two seasons, and weekly for the third. In 2016, television critics Alan Sepinwall and Matt Zoller Seitz ranked Batman as the 82nd greatest American television show of all time. A companion feature film was released in 1966 between the first and second seasons of the TV show. 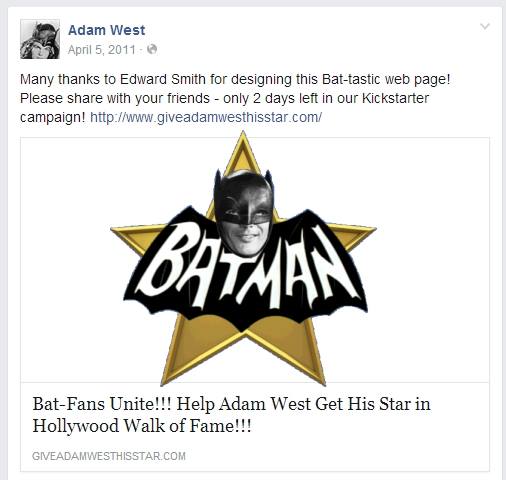 The Mission to Right a Wrong

Adam West is the iconic image of Batman and most recognizable voiceover actor for many generations. When I discovered Adam West didn't have a Star on the Hollywood walk of fame I launched this website and broadcasted it to BatFans WordlWide, Cosplayers, Comi Con Attendees and we were so happy to hear it was successful! Adam West was given the recognition he so richly deserved.

We didn't have a BatSignal, but we had our technology and skills to fight the good fight. We were so sorry to hear of Adam's passing. We ask if you are a true batfan to please visit AdamWest.com and purchase some of Adam's art and collectibles from his official website run by his family. AdamWest.com